Members of the Kansas-Nebraska Radio Club will be participating in the national Amateur Radio Field Day exercise, June 26-27, at VFW Post 7697, 504 Railroad Ave, Glasco, KS 67445. Since 1933, ham radio operators across North America have established temporary ham radio stations in public locations during Field Day to showcase the science and skill of Amateur Radio. This event is open to the public and all are encouraged to attend.

For more than 100 years, Amateur Radio — also called ham radio — has allowed people from all walks of life to experiment with electronics and communications techniques, as well as provide a free public service to their communities during a disaster or emergency, all without needing a cell phone or the Internet. Field Day demonstrates ham radio’s ability to work reliably under any conditions from almost any location and create an independent communications network.

With the pandemic last year, many clubs were not able to get together for Field Day or were limited in numbers. The ARRL allowed Club Members to “work from home” or remotely and have their contacts counted for the Club. We are looking forward to being able to gather again and show the community what we do.

“It’s easy for anyone to pick up a computer or smartphone, connect to the Internet and communicate, with no knowledge of how the devices function or connect to each other,” said David Isgur, communications manager for the American Radio Relay League, the national association for Amateur Radio. “But if there’s an interruption of service or you’re out of range of a cell tower, you have no way to communicate. Ham radio functions completely independent of the Internet or cell phone infrastructure, can interface with tablets or smartphones, and can be set up almost anywhere in minutes. That’s the beauty of Amateur Radio during a communications outage.

“Hams can literally throw a wire in a tree for an antenna, connect it to a battery-powered transmitter, and communicate halfway around the world,” Isgur added. “Hams do this by using a layer of Earth’s atmosphere as a sort of mirror for radio waves. In today’s electronic do-it- yourself (DIY) environment, ham radio remains one of the best ways for people to learn about electronics, physics, meteorology, and numerous other scientific disciplines. In addition, amateur radio is a huge asset to any community during disasters or emergencies if the standard communication infrastructure goes down.”

Anyone may become a licensed Amateur Radio operator. There are more than 725,000 licensed hams in the United States, as young as 9 and as old as 100. And with clubs such as the Kansas-Nebraska Radio Club, it’s easy for anybody to get involved right here in North Central Kansas.

For more information about Field Day or Amateur Radio, contact Nathan Gentry KC0IWS at kc0iws@gmail.com or visit www.arrl.org/what-is-ham-radio or knrc.ks0lnk.net.

Just to let people know we had election of officers at the monthly meeting 10 Oct 2017.   Chuck Moore, President, Greg Geyer,  V.P. , Doyle Scott, Treasurer and Diane Woodman as Secretary. All of the other positions also  remained the same.    Thanks and 73’s  Chuck N0MXI

AD0NX, N0LLH and NX0D have started a new tech class at the North Central Area Technical College at Beloit Oct 16 2017 @ 7:00. The classes will be on Monday and Thursday evenings at 7:00 for anyone interested. 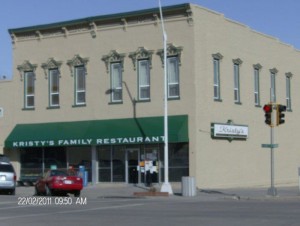 The Kansas NebraskaRadio Club will have their monthly meeting at Kristy’s Cafe , downtown Concordia Ks May 20 at 9:30. Coffee and breakfast and meeting to follow after the important stuff. This will be the last meeting before Field Day, which is June 24 and 25 in Beloit Ks

The Kansas Nebraska Radio Club will be having Field Day at the Mitchell County Fair Grounds in Beloit Ks June 24-25 2017. Everyone is invited to participate in setup and in the operation of amatuer radio. Supper this year will be provided by the club, to let the ladies take a break from cooking. Pizza and/or Subway Sandwiches are what we have in mind. Plenty of space for campers, tents with electricity available. If you are interested in coming please let me know. Watch for updates on Facebook , on here and Listen on the Saturday Evening 9:00 Net 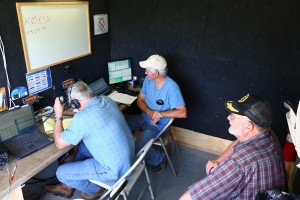 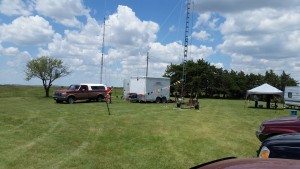 The Kansas Nebraska Radio Club will be holding our annual Holiday Dinner November 19 at 12:30 at Trappers Joes Bar and Grill in Simpson, Ks. It will be buffet about $12.50 per person with chicken fried steak and roast beef, you can also order of menu. Please RSVP if you are going to be there. Simpson Ks is located on Highway 24 between the junction of US 81 and 24 highways and Beloit Ks, the Cloud and Mitchell county line and about a mile south. Please RSVP on the Wednesday or Saturday evening nets or by calling me @ 785-392-7195. Thanks Chuck N0MXI President Kansas Nebraska Radio Club. 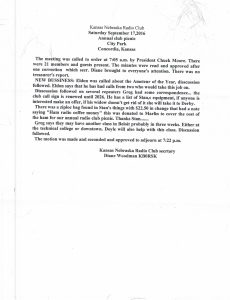 Thank You for everything at the club today 10/15/2013. I want to let everybody know that saturday 11/19/2016 @ trappers joe’s bar and grill in simpson kansas is where the KNRC is planning having the Holiday Dinner. this are the plans, but haven’t been finalized yet. 73’s Chuck N0MXI

The Kansas Nebraska Radio Club will have their fall picnic Saturday Sept 17 2016 at the Concordia City Park located at 11th and Washington streets in Concordia Ks. This will be a potluck dinner and will at 5:30 and we will eat about 6:00. Everyone is invited member or not. 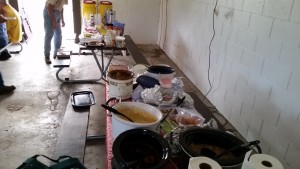 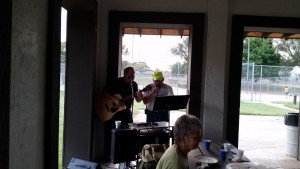